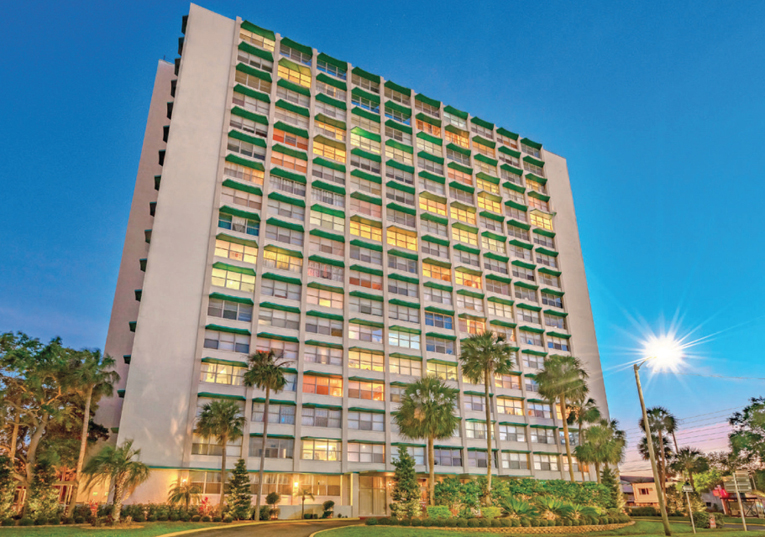 Coral Rock Development Group and Arena Capital Holdings acquired Prospect Towers at 801 Chestnut Street in Clearwater for about $64,900 per unit.

The 2.3-acre, high-rise property has a mix of efficiency apartments and one-bedroom apartments, each with wall-to-wall windows. Common-area amenities include a community kitchen, gym, business center, library and recreational room.

Coral Rock and Arena Capital jointly will upgrade common areas throughout the 17-story building and the interiors of some apartments.

Innovation Senior Management will serve as the property manager of Prospect Towers on behalf of the new owners and will introduce new services for residents that include physician visits and educational and social programs.