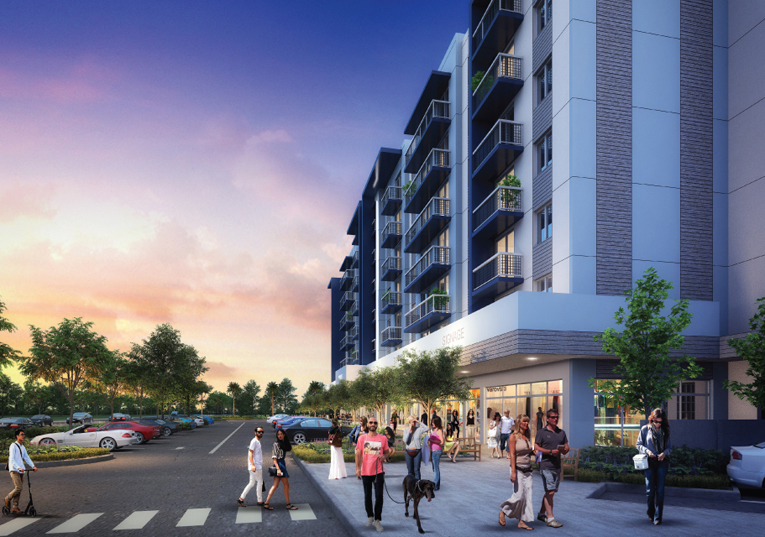 MIAMI — Plans were unveiled for Pura Vida Hialeah, described as the first major mixed-use development in the area in more than 20 years and the first of its kind here.

“The nine-acre project portends to transform the area’s aging retail and residential offerings with the first new sleek contemporary designed vertical towers situated on a prime corner location at 2901-3099 W 16th Avenue and 1571 W 29th Street,” according to a news release.

The project will offer a mix of popular restaurants, shops and other conveniences while providing a pedestrian-friendly lifestyle.

The development team – led by industry veterans Stephen A. Blumenthal, David Brown, Victor Brown and Michael Wohl of Coral Rock Development Group, as well as Oscar Rodriguez, Ana Rodriguez and Sebastian Roiter of Arena Capital Holdings – are known for building multifamily, mixed-use and industrial projects throughout Florida and the Southeast.

“Our goal in creating this development was to create a new paradigm for living in Hialeah,” said Stephen Blumenthal, principal of Coral Rock Development Group.

Confirmed retail tenants include a Wawa convenience store and gas station – representing one of the first outposts in Miami-Dade County for the rapidly expanding chain — and a Taco Bell restaurant, a Dollar Tree store and a two-story YouFit Health Club.

The market-rate rental residences at Pura Vida Hialeah will include studios, one, two, and three-bedroom units. Featured amenities will include a resort-style pool, state-of-the-art gym, BBQ area, dog park, and 24-hour security staff.

Pura Vida Hialeah has a central location just minutes from major thoroughfares including I-75, the Palmetto Expressway, the Florida Turnpike and Okeechobee Road, offering direct access to Greater Miami. The project is set to break ground in Q1 2019 and is slated for completion in 2020.

“As the sixth-largest city in the state and with one of the lowest vacancy levels in the metropolitan area at just two percent, Hialeah has quickly earned its place as Miami’s newest destination for investment. Recently revamped zoning and density laws in an effort to court millennials have also cemented its status as one of the most desirable and stable submarkets in Miami for development,” said Michael Wohl, principal of Coral Rock Development Group.