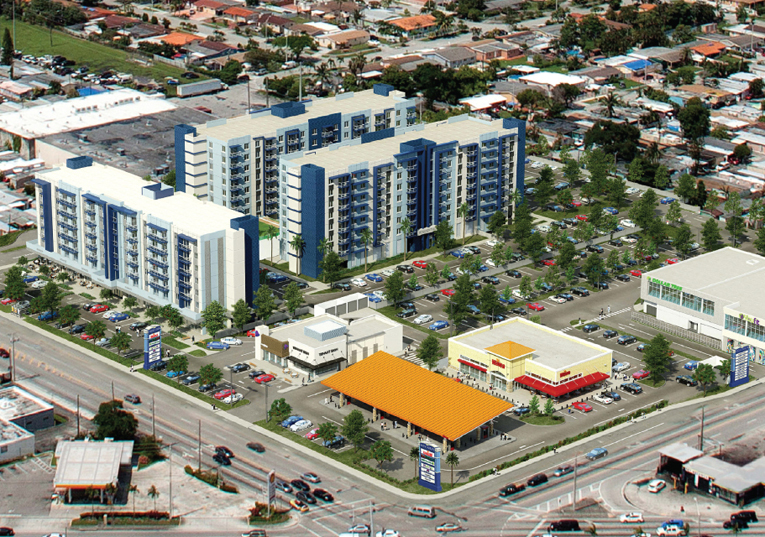 Miami Beach transformed from a granny paradise to a jetsetter’s playground. Coconut Grove went from bohemian to bourgeois. Could Hialeah — the wonderland of pawn shops, mechanics and Cuban bakeries — be the next to gentrify? Developers say they are planning the first major mixed-use development in the area in more than 20 years. On 9 acres at 2901 West 16th
Ave., the former site of Sunny Gardens Mobile Home Park, they are planning a sleek, mixed-use complex with 260 apartments and 51K SF of retail, to be called Pura Vida Hialeah. Pura Vida translates to “Pure Life.” It is a phrase often used in Costa Rica to mean something like “no worries” or “everything’s cool.”

Two rental towers will be eight stories each and a third will be seven stories. One-bedroom apartments at Pura Vida Hialeah will average about $1,300 in rent, The Real Deal reported. Ground has already broken on land that was purchased in March for $12M. Retail tenants will include Wawa, Taco Bell, Dollar Tree and a YouFit gym.